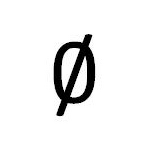 Username is Zeromaro, I'm an editor who goes from wiki to wiki to see what they've got, especially the ones of interest. I'm pretty much fascinated with the more 'old school' wikis that people tend to ignore despite being icons like for example Shotaro Ishinomori's Cyborg 009 (Ishinomori's Tokusatsu shows like Kamen Rider are fine, of which I am also an admin and bureaucrat of said wiki), Go Nagai and Dynamic Productions' various works (I founded and currently working on a Mazinger wiki), Leiji Matsumoto's space operas like Space Battleship Yamato and Captain Harlock, and original masterpieces like Tatsunoko's Gatchaman. I guess I just felt like spreading the word around about these, since they were so big and deserve a place in the limelight for the fans of old and new fans.

I like other types of media here in the west (I love Marvel Entertainment), but let's face it most of those topics, even the old ones are covered (e.g. The Three Stooges or The Cosby Show) since they're here in the states. I'm interested in the kinds of icons that are not common knowledge among the general public (I'd really like it if there was a wiki focusing on China's resident Tokusatsu franchise Armor Hero or Kai Jia Yong Shi if people prefer). I guess that's what brought me here to this wiki.

Retrieved from "https://gatchaman.fandom.com/wiki/User:Zeromaro?oldid=5017"
Community content is available under CC-BY-SA unless otherwise noted.